Per 4 Crackers: 80 calories; 0 g sat fat (0% DV); 120 mg sodium (5% DV); 0 g total sugars. City of Carlisle Carr's biscuit manufacturers since 1831. The story of Carr's began during the British Industrial Revolution when Jonathan Dodgson Carr set up a small bakery in the city of Carlisle in 1831. Carr's Table Water in their original form first appeared in the late 19th century as a refinement of the ship's biscuit. Today, the Carr's Table Water portfolio has expanded to include many delicious varieties like this thin, savory Poppy & Sesame cracker. Made in Canada for Carr's of Carlisle. 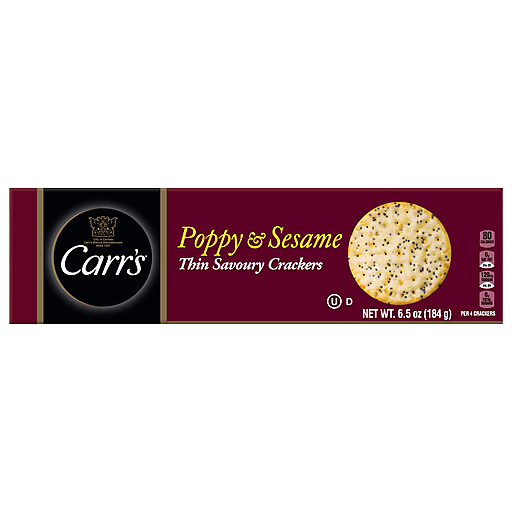