You'd better watch out, you'd better not cry, you'd better not pout, the brewers at Pelican are telling you why: Bad Santa has arrived. This mysterious dark nectar is filled with complex malt flavors and aromas. Toasted malt and roast character blends seamlessly with the alluring herbal hop aroma that comes from copious amounts of Fuggle hops. Bad Santa doesn't care if you've been naughty or nice; he wants this beer on your list! Oregon's premier oceanfront craft brewery is located at Cape Kiwanda in Pacific City, Oregon. Our beers are inspired by European brewing traditions, but remain distinctively American in character. The Pelican Pub & Brewery has won numerous awards since opening in 1996, including Small Brewpub of the Year at the 2000 & 2005 Great American Beer Festivals, Large Brewpub of the Year at the 2006 Great American Beer Festival, Champion Large Brewpub at the 2008 World Beer Cup and Champion International Brewery at the 2005 Australian International Beer Awards. Come visit us on your next trip to the beach! Brewed & bottled by Pelican Pub & Brewery. 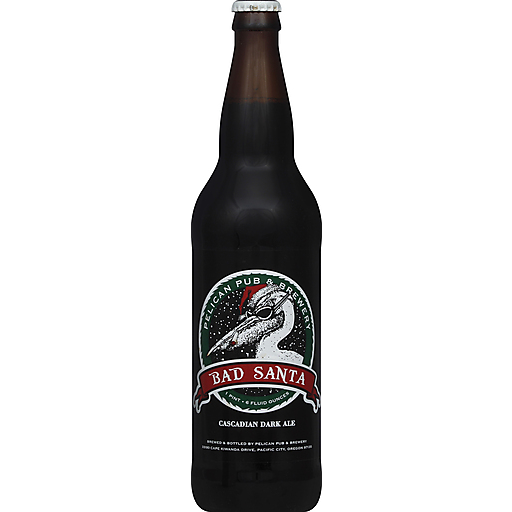