Unlimited release. Having downed his fourth Imperial Stout of the day, the wild eyed charlatan from Voldvostognlaky belched and hollered for the Czarina to enter his chamber and bend herself to his will. The economy was a wreck and revolt was just around the corner. Nicky the Czar dude was off playing soldier like any pale nobleman with a hemorrhagic skin condition would. Such were final days of the old empire. Reactionary, decadent, sputnik, stroganoff, weird, and drunk. But even as the proletariat countryside labored under inhuman conditions and a threat of being sent to a futile war in the east, they wisely took the time to slam back an Imperial Stout or two. After all, life can be real suka, as they said in the old country. Big, black, bourgeois, bolshoy, belligerent, buxom and scary - this is our version of the chaotic and of an era in a bottle. Or just call us at 1-707-769-4495. 72.45 IBU. 1.092 OG. Alc. 9.9% by vol. Brewed and bottled by the Lagunitas Brewing Co. Petaluma, California. 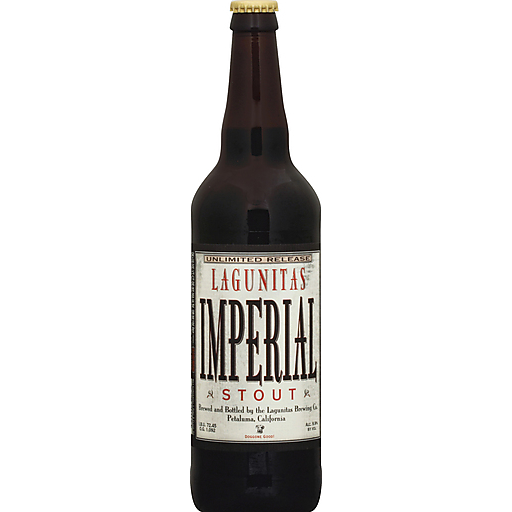