Great American Beer Festival 2009 Gold Medal (American Pale Ale). IBUs: 60. OG: 15 degrees P. 8.4 degrees Lov. Bottle conditioned. Grand Teton Brewing Company was founded 1988 in Wilson, Wyoming by Charlie and Ernie; the Otto Brothers. Our hand crafted ales and lagers are brewed with pure Teton spring water, locally grown barley, and fresh hops. Enjoy a taste of the Tetons in every bottle! Know Your Beer - Original Gravity (OG): This is the strength of beer prior to fermentation. Measured in degrees Plato, it denotes how much sugar has been extracted from the malted grain into the unfermented beer (wort). OG is an indicator of the potential strength, body and mouthfeel of a brew. International Bitterness Units (IBUs): Hops are used for flavor, aroma, bitterness and their preservative qualities. IBUs represent the amount of bitterness in the beer. Most of the bitterness in beer is derived from boiling hops to extract bitter oils called alpha acids. IBU is an expression in parts per million of alpha acid in the beer. Bottle Conditioning: Oxygen is one of beer's worst enemies. Most beer is filtered and the yeast removed. Filtered beer may be clear, but immediately begins to degrade from oxidation. Adding active yeast to the bottle causes a secondary fermentation which scrubs oxygen from the bottle and preserves the beer. Conditioned beers will have a long life, fine layer of bottom yeast and a smooth, creamy head. Color: Beer color comes mostly from the color of the malt used - the darker the malt, the darker the beer. The most common beer color scale is the Lovibond scale. Most beers range from 1 to above 40 on the Lovibond scale, with 1 being very pale and 40 being black. Alcohol by Volume: In the US, alcohol by volume (ABV) is the most common way to note the amount of alcohol in beer. It is a ratio of the volume of alcohol to the total volume of the beer, expressed as a percentage. Find us online: www.grandtetonbrewing.com. Alc. 6% by vol. 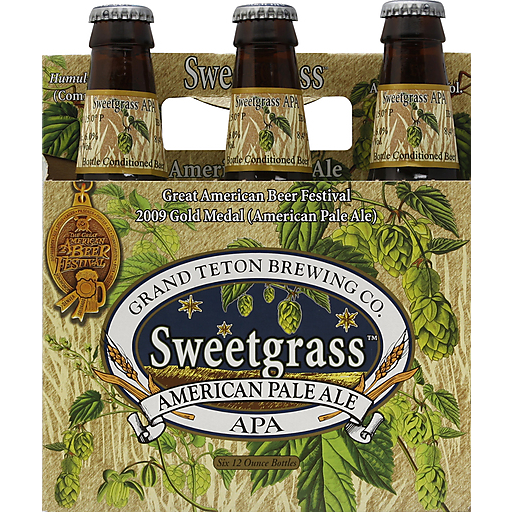