The world's first pale ale. Imported. Est'd. 1777. The introduction of Bass Ale in 1777 was a revolution for English beer drinkers. In a world of stouts and porters, Bass Ale's light color stood apart and Pale Ale soon became a beer style of its own, providing a full flavored taste that starts out with hints of caramel, but finishes strong with a light, hop bitterness. In 1875, the Bass Red Triangle became England's 1st registered trademark due to the widespread attempts to replicate and undermine this famous beer. 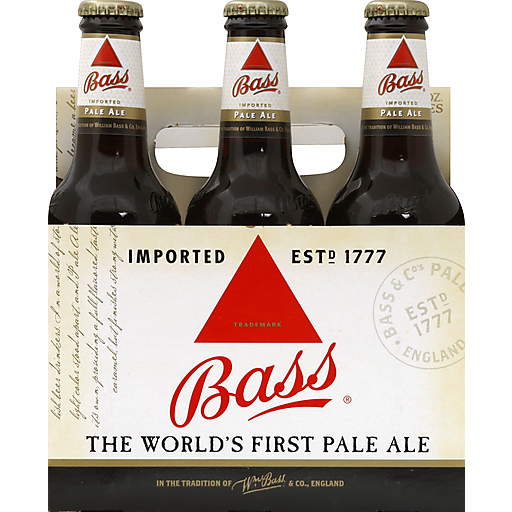