The original sorghum malt beer. Bard's gold. Contains no wheat, rye or oats. Discuss it over a Bard's. There are no lulls in a Bard's conversation, only pauses for drinking. Why? Because Bard's is brewed in the knowledge that a barstool is a pulpit and a round pub table is, well, a roundtable. As the original sorghum beer and the only beer in the universe that's brewed with malted sorghum, this nigh-magical formula appeals to anyone who likes goodness, freedom and camaraderie. Let us rise as one - and then sit back down and solve the world's problems over a Bard's. Because we don't believe in shortcuts, we go a step beyond other gluten-free brewers by malting the grain to give Bard's a fuller flavor and richer aroma. The result is a classic American beer. Made in USA. 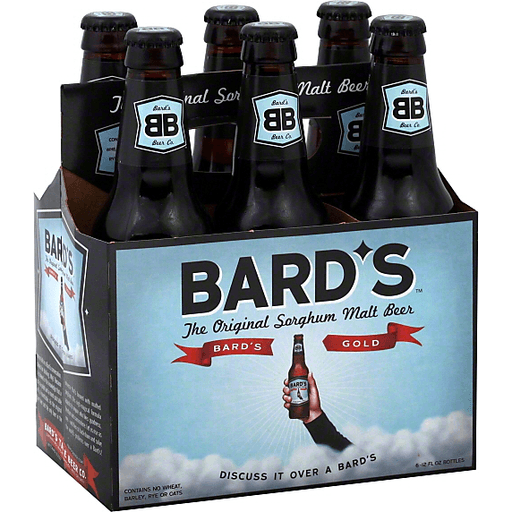